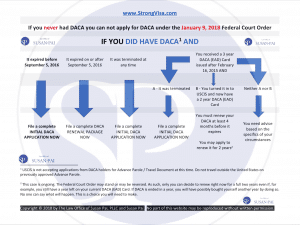 Detailed Information on the Application Process for Deferred Action

U.S. Citizenship and Immigration Services (USCIS) released important info about the Deferred Action for Childhood Arrivals (DACA) process, which will temporarily allow some eligible youth to go to school and work without fear of deportation.

How Do I Get My GED?

Click here for more information on getting a GED. Enrollment in GED classes satisfies the education requirements to qualify for deferred action offered by the DREAM Act.

The Reality of Obama’s Deferred Action for DREAMers

Latest information on the DREAM Update as of June 18, 2012 (from National Stakeholder Conference Call with USCIS, ICE, and CBP)

On June 15, 2012, President Obama announced that by his executive authority as President, he has ordered the Department of Homeland Security to defer enforcement action against unlawfully present aliens popularly known as DREAMers. Read on for important information.