Can President Obama Stop All Deportations?

The answer is No.

President Obama is the Nation’s chief executive, not America’s King.  When he took the oath of office he swore to uphold the law, including our tangled mess of rules and regulations known as the Immigration Law.

President Obama, however, can and has exercised prosecutorial discretion to halt low priority deportations while we continue to wait for the House of Representatives to act.  The Department of Homeland Security (DHS) announced Deferred Action on Childhood Arrivals (DACA) to stop the deportations of over one million immigrant Dreamers who lack the proper papers but are contributing positively to America.   But, DACA is merely a stopgap measure giving these youth a chance to temporarily come out of the shadows to work or go to college.  It’s neither a visa nor a new immigration status and, in fact, may be revoked at any time.

The President has also exercised discretion to help those whose sacrifice to America we can never adequately repay—military families.  Given that it is unconscionable for a U.S. solider to put his life on the line in Afghanistan while his or her spouse or parents are deported from America, the President extended humanitarian immigration benefits to the immediate relatives of US Armed Forces members. These exercises of prosecutorial discretion are designed to help American families and focus limited law enforcement resources on high priority individuals.

Even if it were possible for President Obama to issue an Executive Order– which has the same force as law– to stop all deportations, it would most certainly be declared an unconstitutional encroachment upon Congressional authority.  Congress could also vote to cancel or change such an Executive Order. Moreover, the Department of Homeland Security could not enforce it.  Since 2009, Congress has required that DHS operate under a statutory daily detention quota, known as the “Congressional Bed Mandate.” When ICE released 2,200 detainees in February, reducing the detainee population to just about 3,000 short of the 34,000 Bed Mandate, the House Homeland Security Chairman said the agency was “in clear violation of statute.” 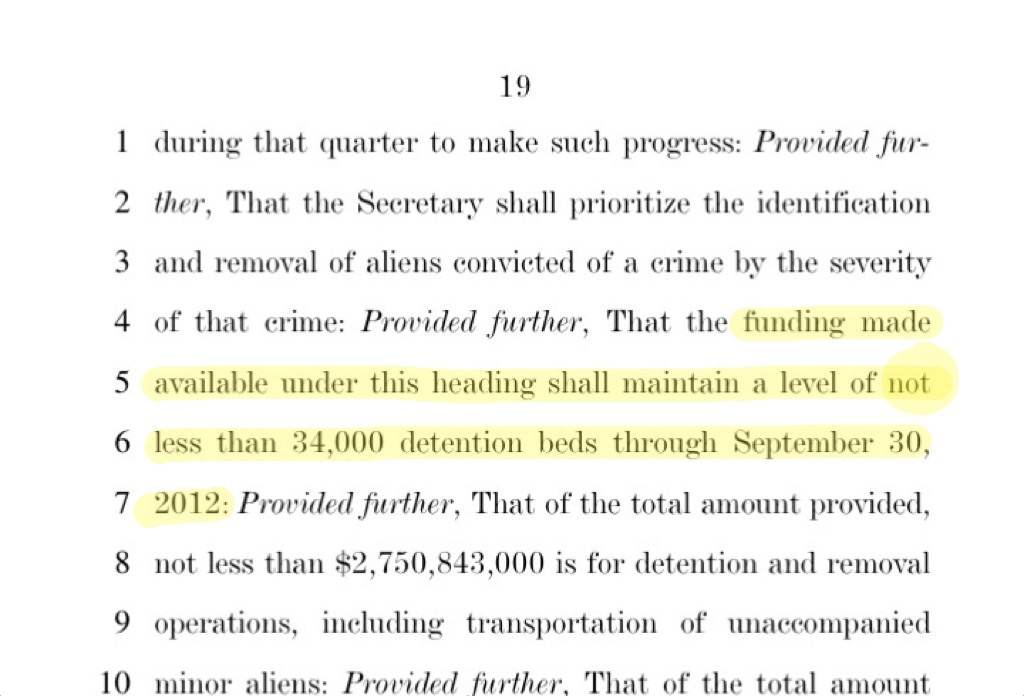 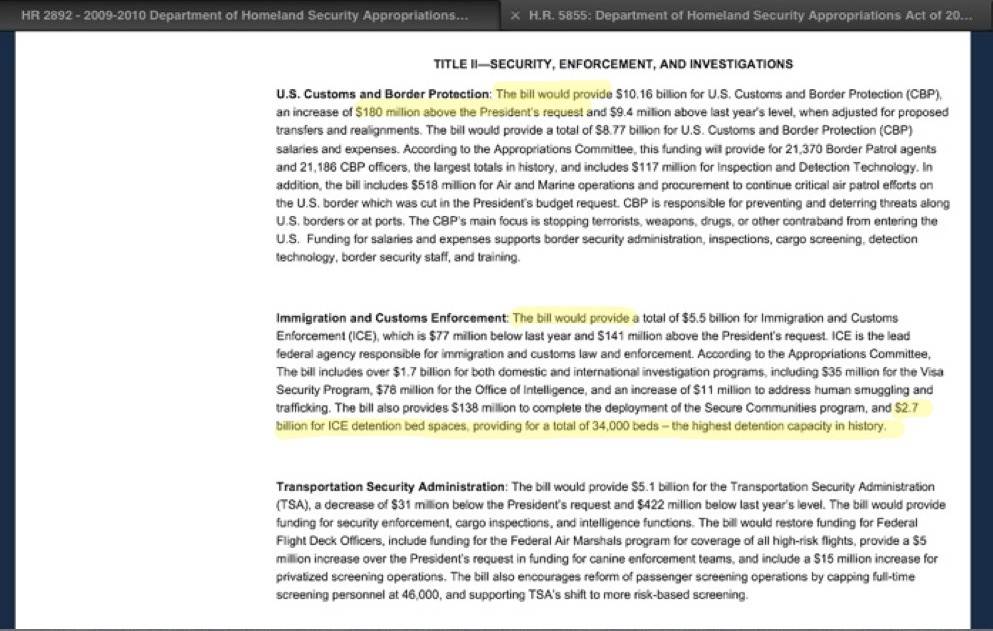 Since 2000, migration from Mexico has decreased by about 80%. However, it is estimated the Department of Homeland Security now spends more on immigrant detention in one day ($5 million) than what it requested for the entire year’s detention budget in 2005.   Both President Obama and former DHS Secretary Napolitano have called for a more reasonable, less “artificial” Congressional Bed Mandate but their requests have not been answered.

What’s more, the numbers associated with the Congressional Bed Mandate show the real “Deporter-in-Chief”— Congress.  In 2012, ICE removed 409,849 immigrants. The average length of immigrant detention is about a month.  Multiply the current Congressional Bed Mandate of 34,000 per night by 12 months and the result 408,000 – almost exactly the same number of deportations in 2012.

This detention quota has resulted in the removal of parents, children, veterans, the mentally disabled, and yes, US Citizens.  Soon there will have been two million deportations since President Obama took office but it’s the Congressional Bed Mandate that’s driving those deportation numbers.  For President Obama to stop those quota driven deportations now, he would have to veto outright the entire budget anticipated to be passed later this week.

As 2013 draws to a close, three facts are indisputable:  The Senate has passed a tough but fair Immigration Bill, President Obama has said he will sign it into law, and John Boehner and the House GOP leadership refuse to allow the House to vote on it.

The only person who can offer Dreamers a chance become permanent productive members of our society, and the only person that can stop bad actor employers from exploiting undocumented workers, and the only person who can finally stop the separation of children from their parents is Speaker John Boehner. Every day the House fails to vote costs American taxpayers $5 million in detention costs alone.  But that figure pales in comparison to the human cost of inaction which is 1,100 families being torn apart every day.

Speaker Boehner, bring the Congress back now and let there be a vote on immigration reform.  America cannot afford to wait another day.