ICE Deportation Raids are now targeting anyone with a Removal Order dated after January 1, 2016 including women and children.

Even while DHS executes the deportation of these most vulnerable populations, President Obama has simultaneously directed the Department of Homeland Security to significantly expand the definition of “Particular Social Group” to include “Family Units” (see attached). This is a monumental and unprecedented expansion of DHS’ own interpretation of who may qualify to apply for Asylum and it applies to people who have a Final Order of Removal dated after January 1, 2016.

It appears the Administration is very publicly engaging in aggressive enforcement actions against recently arrived migrants while at the same time offering permanent relief to at least some of those very same people behind the scenes.

Attorney Susan Pai (susan@strongvisa.com 904-268-7812) is seeking foreign nationals in the US who are at risk of being targeted by ICE for deportation right now to file for Immigration Status and prevent their immediate detention and deportation. Or, if you have been denied a Stay of Removal by ICE ERO, you may also now qualify to file for Asylum.

If you think you qualify for Asylum and have a Final Order of Deportation dated AFTER January 1, 2014, please contact me ASAP!!!

If you win your Asylum case, you will be able to apply for your Green Card. Included in all asylum applications are Withholding of Removal (Withholding) and Convention Against Torture (CAT). Withholding and CAT are important for people who have a conviction for a felony or particularly serious crime and therefore would not qualify for (regular) Asylum.

As soon as your Asylum application is filed, you cannot be deported from the United States, even with a Removal Order dated after January 1, 2014.

While your Asylum case is pending, you may apply for work authorization, a conditional social security number and Driver’s License. After you apply for Asylum, you may also apply for a Work Authorization Card (Documento de Autorización de Empleo o Permiso de Trabajo).

Even though the time to act is short, it is of the utmost importance that you file a substantively valid Asylum Application in order to have a real chance of winning your case years later (the current backlog for Asylum cases is 3 years). If you substantially change or add to your initial asylum claim over the next 3 years, your underlying asylum claim will be damaged and your credibility negatively viewed. The Asylum Denial rates are over 90% at some Immigration Courts.

Attorney Pai is looking to file a limited number of these cases ASAP. If you feel you may qualify, please contact me NOW.

I cannot represent you for free. These cases are not easy; they require a tremendous amount of work and we’re in for a real fight with ICE and DHS. I am looking for a small group of excellent cases to aggressively pursue.

If you contact me and I cannot help you, I will refer you to another qualified immigration attorney who can. 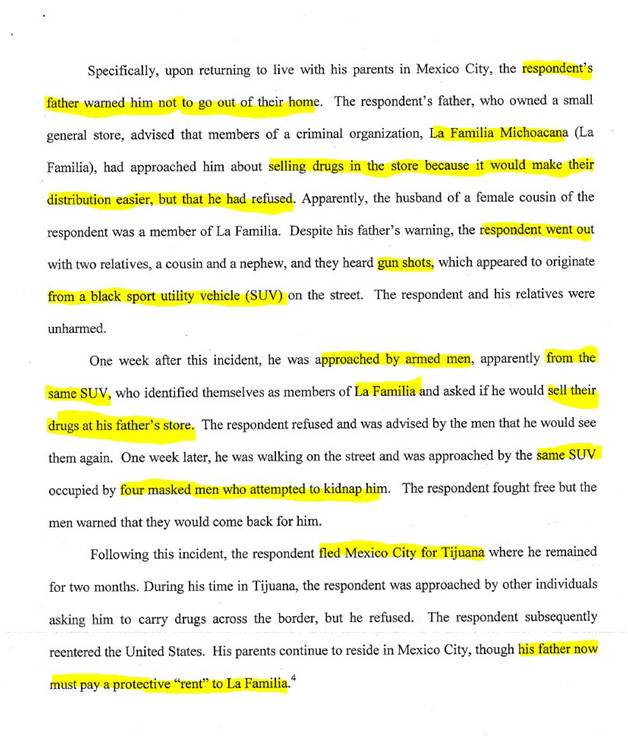