Luis Gutierrez a No Show on Immigrant Lockup Vote

Really, Congressman Luis V. Gutierrez? You didn’t even bother to show up for the vote that continued the mandatory jailing of 34,000 immigrants DAILY and you have the nerve to blame President Obama for the House authorized Appropriations Bill #HR3547 that is DRIVING those record deportations??!?

You wrongfully accuse President Obama of spending record $$$ on record deportations when it was YOU and YOUR House Colleagues who voted this Bill into Law. Well, actully you, Castro and Grijalva DIDN’T EVEN SHOW UP TO VOTE ON THIS BILL.

That’s right. YOU DIDN’T EVEN BOTHER TO SHOW UP TO VOTE LET ALONE SAY ONE DAMN THING ABOUT THE MANDATORY $5 MILLION SPEND TO JAIL 34,000 IMMIGRANTS DAILY. 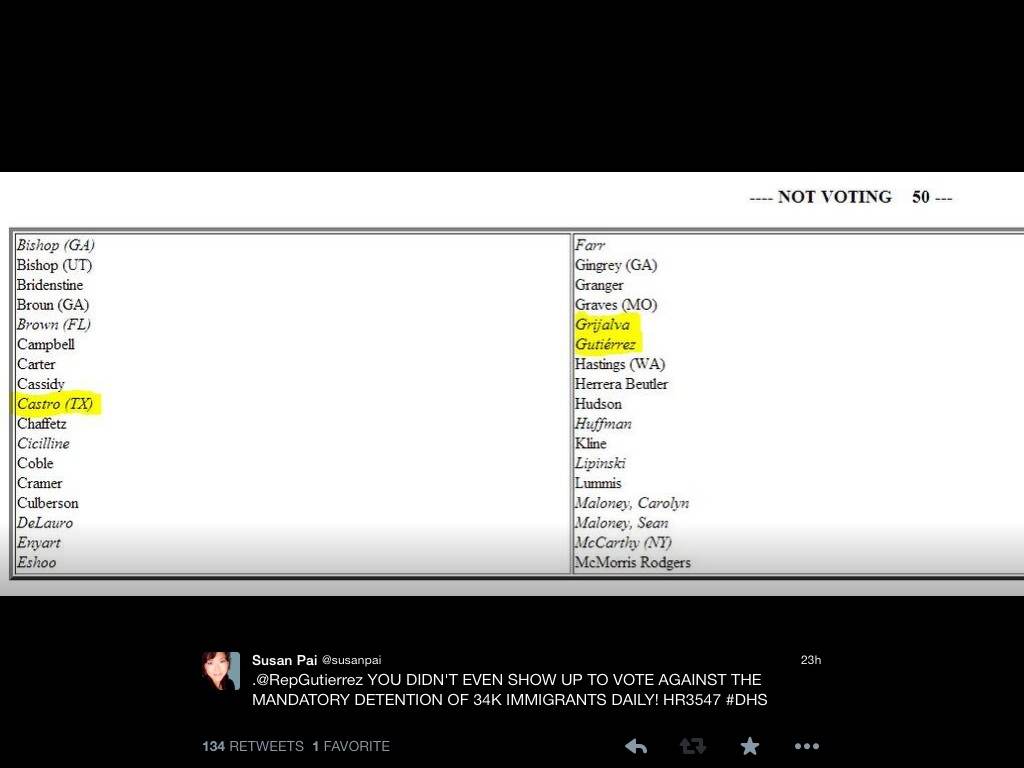 You dropped the ball on this one, my friend. You and your House colleagues have failed us.

This is no way to run a country.